Skip to the content
Search
My posts 5 years ago

The goal of this study is to characterize the ground chip and ground pellet particles in terms of their grindability, size, shape and flow properties. Pulp-quality wood chips and commercial wood softwood pellets are ground using a lab-scale hammer mill equipped with screens ranging from 3.2 mm to 25.4 mm perforations. The power input and the flow of biomass through the grinder was measured. The ground particles from each screen size were analyzed for specific energy for grinding, analyzing shape and geometry of single ground particles, flow properties like bulk density, compressibility, and angle of repose.

The present study contributes to generate engineering data and to improve the understanding of particle handling and transporting in the feeding systems of thermochemical and biochemical conversion plants. The produced knowledge increases the operational efficiency and reduces the probability of stoppage in feeding system; thus, contributes to a reduction in the produced liquid fuel.

Flow properties of particles are analyzed using two dimensionless indexes of carr-compressibility (CCI) and Hausner ratio (HR) and also the angle of repose (AOR). HR and CCI shows how much compression happens in a bulk of sample during tapping.

The circular shape of pellet particle also enhances their tendency to flow over each other in angle of repose tests. Pellet particles roll over on each other and flow easier than thinner and longer chip particles. 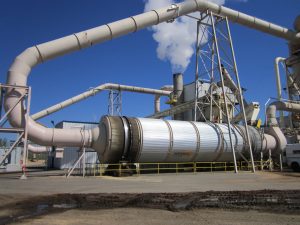 How to lower the chance of fire in rotary drum dryers 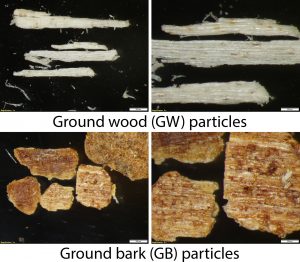 Bark vs Wood – Size, Shape and Flowability of Particles 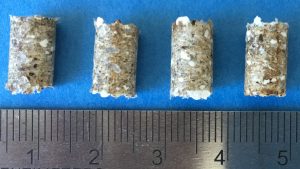